With the passage of the time, two of the mobile operating systems have prevailed to the top and have become perhaps the only two mobile OS’s which are dominating the market. These are Android and iOS.

In previous times, developers have suffered a lot while making the same apps for both the systems differently. There was a difference in the language, a difference in development, and it was tough to find a template which is workable similarly on both the platforms.

But as time passed on, we developed the WORE (Write once, run everywhere) theory which helped in making standard code for both the platforms. The apps so made were called the hybrid apps and reduced the costs of development to a great extent. But the problem arose as of it wasn’t giving a good feel in the usage and the looks.

There began a search for a solution which would not just reduce the developing costs of the applications but would also give them a native feel. While searching for that, we landed upon the system of React Native which indeed was a blessing in disguise and is still being used to reduce the costs of development and is giving satisfaction while being in use.

Here are the ways by which React Native is reducing the development costs of the companies. Have a look.

Now that the efforts have almost reduced to half, we have shifted from developing two types of codes to development of just one, the time being used for the development has diminished drastically.

We are living in a world where what the world sees is what the world buys. Hence, marketing needs to have more investment in finances, human resources and time. By developing the apps through React Native, the apps are made faster and give you more time to market and earn the economies.

Hence, we can say that the less time needed to develop an app gives you more time to market it for a profitable business. Overall, if you are developing a high-quality app, which has cross-platform compatibility and has been given the right time to market can save you finances of more than 40%. That’s huge!

Mobile apps made with react native are immune to glitches and bugs to a great extent. They need less maintenance as compared to the native apps which need constant troubleshooting and patching. Cross-platform apps can be altered without versioning and hence make the maintenance a lot simpler.

The apps made using react native have the reusable native components which can be applied directly to compile with the native elements of both iOS and Android apps. This is because both the platforms have their counterparts on react native and it, hence, becomes a lot easier, faster and cheaper to create a variety of apps.

React Native app doesn’t just help you make apps on both the systems with common code, but it gives a lot of other benefits as well. Apps made on this platform can be integrated with other compatible apps without any hassle, which further reduces the efforts required by the developers to integrate the mobile apps in the respective native apps in the device, without disturbing the performance of the application to even a minute extent.

Another benefit of cross-platform applications made with react native is that there is no requirement of the additional resources to make the app run on different platforms. Hence, it means that app development companies need not maintain different tech teams for different stacks. It saves a lot of money and naturally brings down the cost of app development.

One solution for UI/UX

But, when an app is built with react native, the need to worry about the choice of UI/UX and costs related to it are gone. A single app is made for the cross-platform compatibility without the worry of discreet UI/UX.

This also amends the problems related to fluctuations of the data streaming and improves the graphics of the app on a drastic scale.

When an app is made for the cross-platform, it becomes effortless to push it up on the Apple store and Google play store. It further helps in the expansion of the reach of the mobile app and that too in a quick period. When an app is readily available for installation, it can bring a great aid in the monetization.

In addition to this, as such apps are relatively easier to create and can even be created with the use of the recycled codes, it significantly reduces the costs of the app development.

React Native has enabled debugging through DevTools of Chrome. This further helps in the smoother development of the application. This method is beneficial and saves some extra hours of the developers, and it brings us to our previous point, which says that time saved is the money earned.

The demand for seamless and high-quality apps is increasing day by day and the right people for the right job are difficult to find. Well, if you are in the hunt for a professional React Native app developers, then hearty felicitations to you for you have clicked the right site.

Techies Infotech is one of the most excellent app development companies which has been providing its extremely professional and genius services from more than a decade. So, wait no more and ring us a bell now. Let us tell you how can we save your time, money and business, all at the same time. 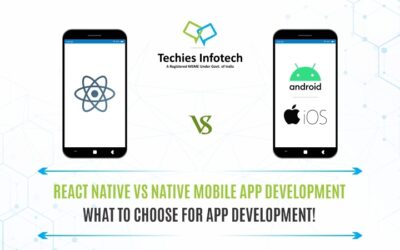 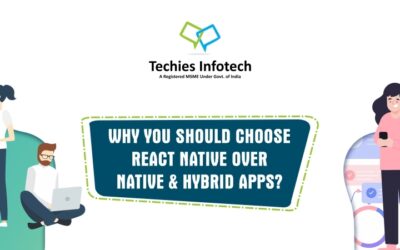